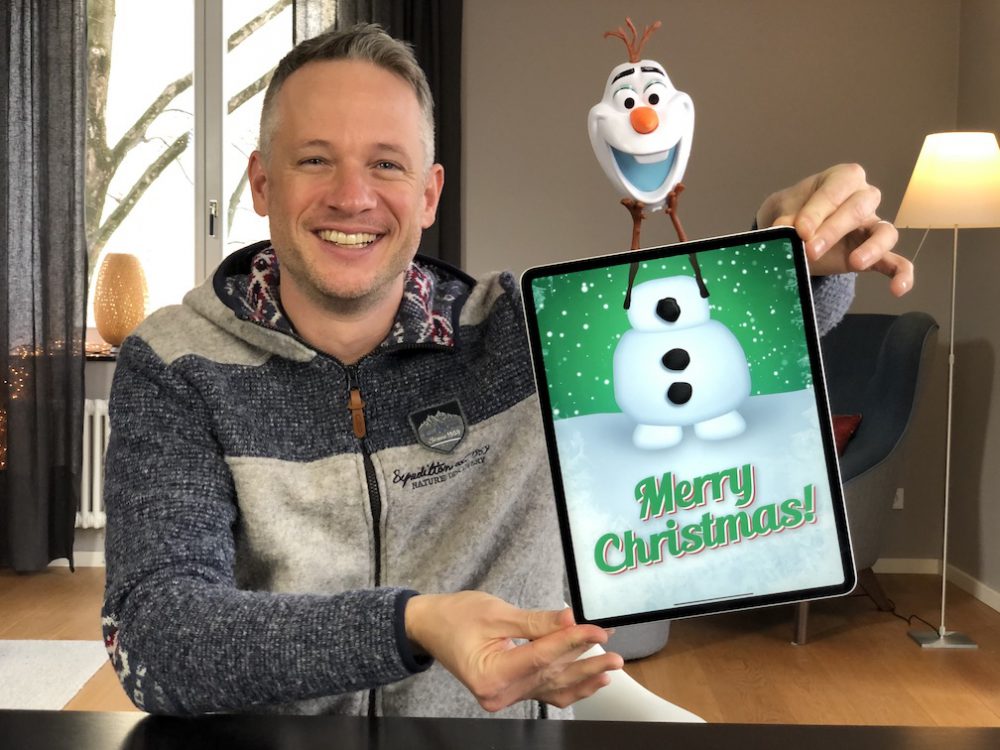 A few weeks ago I received the following email: “Hello my name is Aiden and I am 10 years old. When I was little I used to watch your videos. I still remember lying on the couch on Christmas day watching your Angry Bird clips while my mom folded the laundry. I just wanted to ask if you were shooting a Christmas video again. I would be glad. All the best, your Aiden. ”I had already made a few excuses when I realized that, despite my busy schedule, I couldn’t say no to that. So I rummaged in my ideas drawer and came up with a project that was unfortunately never finally implemented. Why not make it a “fan art”?

Let’s go back to 2013: Not least thanks to Disney’s gigantic marketing campaign for Frozen 1 and 2, Olaf is probably the most famous snowman in the world at the moment. In the pre-released trailer, Snowman Olaf already won the hearts of cinema-goers when he passionately fought for a lost carrot, which was at least nothing less than his nose.

And honestly it is hard not to like him … He is sincere, adventurous and always contagiously cheerful. Yes, you hear it out, I count myself among his fans too. I was all the more excited when Disney came up to me four years ago and asked for suggestions for a campaign for a new online platform. There was a magic sequence in which I stole Olaf’s carrot from my face. The agency responsible was unfortunately not awarded the contract and so we jump into 2019 when Disney again caught my eye for a TV special, but my appointment calendar prevented cooperation. So why not use the idea for a “fan art” and thus make my “pen pal” Aiden a pleasure? I don’t have Christmas elves in my hand,I start chronologically: I first met with Luke Dimon, German master of magic, to discuss an implementation. How lucky that we underestimated the effort in our euphoria. In addition to great ideas, he had what was probably the most important impulse for me: contact with a colleague who can create animations on the computer. That’s how I met Jonathan Well, who tirelessly breathed life into our “Fan Art Olaf” for many weeks and developed a perfect understanding of the magical component.

And whenever I had time, I shared the ideas for my small side project: Christoph Wilke, also an iPad magician in my team, had the wonderful idea of ​​letting Olaf wriggle on a carrot, for example. Mirko Callaci, who was visiting from Spain, found it funny to give Olaf a mustache with an edding. Denis Behr, arguably Germany’s best card wizard and magic historian, helped bring everything into a feasible process. And then it also has to work mechanically … how does Olaf’s real head jump out of the iPad? For this my specialist Gerald Huber was on duty, who was already constructing the selfie picture frame that made Ellen DeGeneres jump up from the sofa. And when everything is done then it should also be captured on video for a larger audience – responsible as always Martin Czernik, who shaped my YouTube career like no other. As you can see, magic is teamwork. It is not possible without your own impulses and perseverance, but also not without the input from colleagues. But now:see the magical adventure of Olaf!