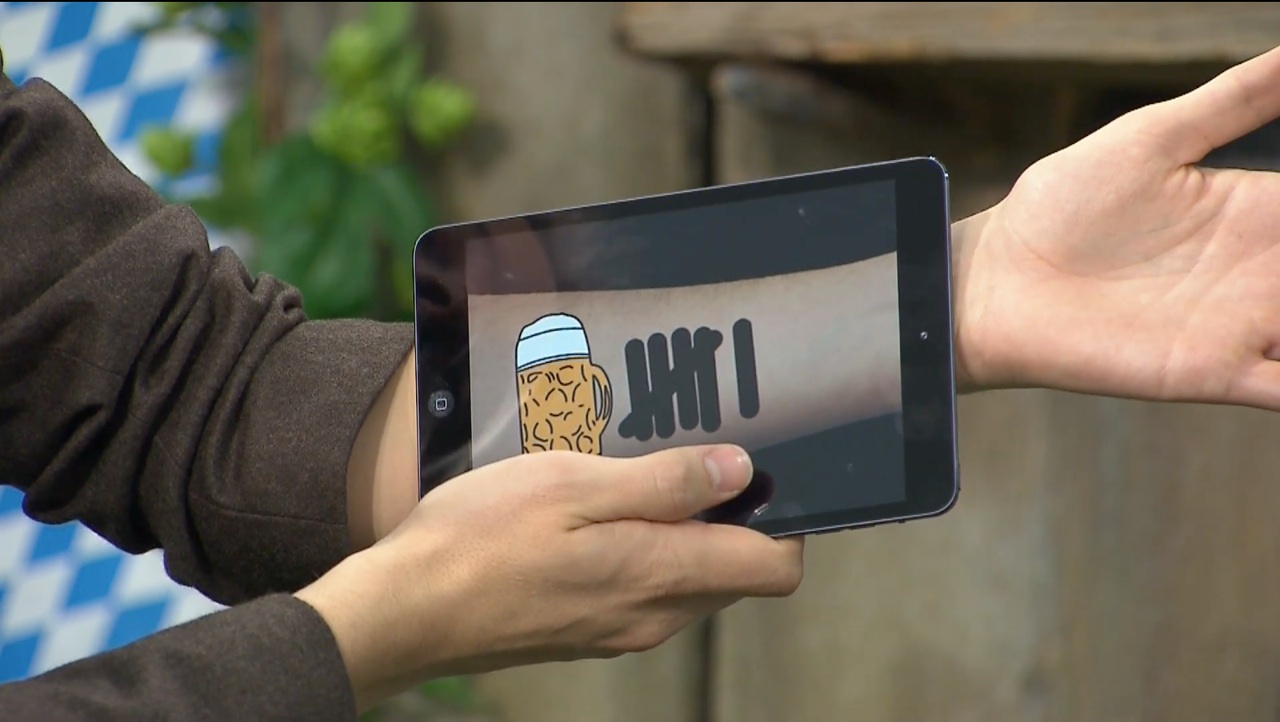 Oh yes, I’m having lots of fun telling clueless passers-by complete nonsense, touting nonexistent features of a tablet that will most likely never become reality! Now it’s time for my next iPad fantasy, the Oktoberfest iPad.

Almost two years ago I tried to sell a special Christmas iPad to undiscerning customers. One of its “special” features enabled me to break a gingerbread man’s leg out of Baking iBook on the screen. With almost 3 million views, this clip is the most successful one of all the Verstehen Sie Spaß? clips (which is the German equivalent of Candid Camera).

As you’re probably aware, the film industry loves a sequel. And here we go, right in time for the world’s biggest beer bash, Oktoberfest: I proudly present, the “Oktoberfest Tablet,” an iPad that lets you, among other miraculous wonders, tap a beer from its screen. The idea is based on one of my most successful YouTube clips, “iPad Beer,” that puts this feature to the test in the world-famous “Hofbräuhaus” in the very heart of Munich. Of course I improved the compatibility for beer festivals and added many new features.

Thanks to Kimmig Entertainment GmbH, I can already show you an exclusive sneak preview of the clip that will be presented in German prime time television this Saturday.