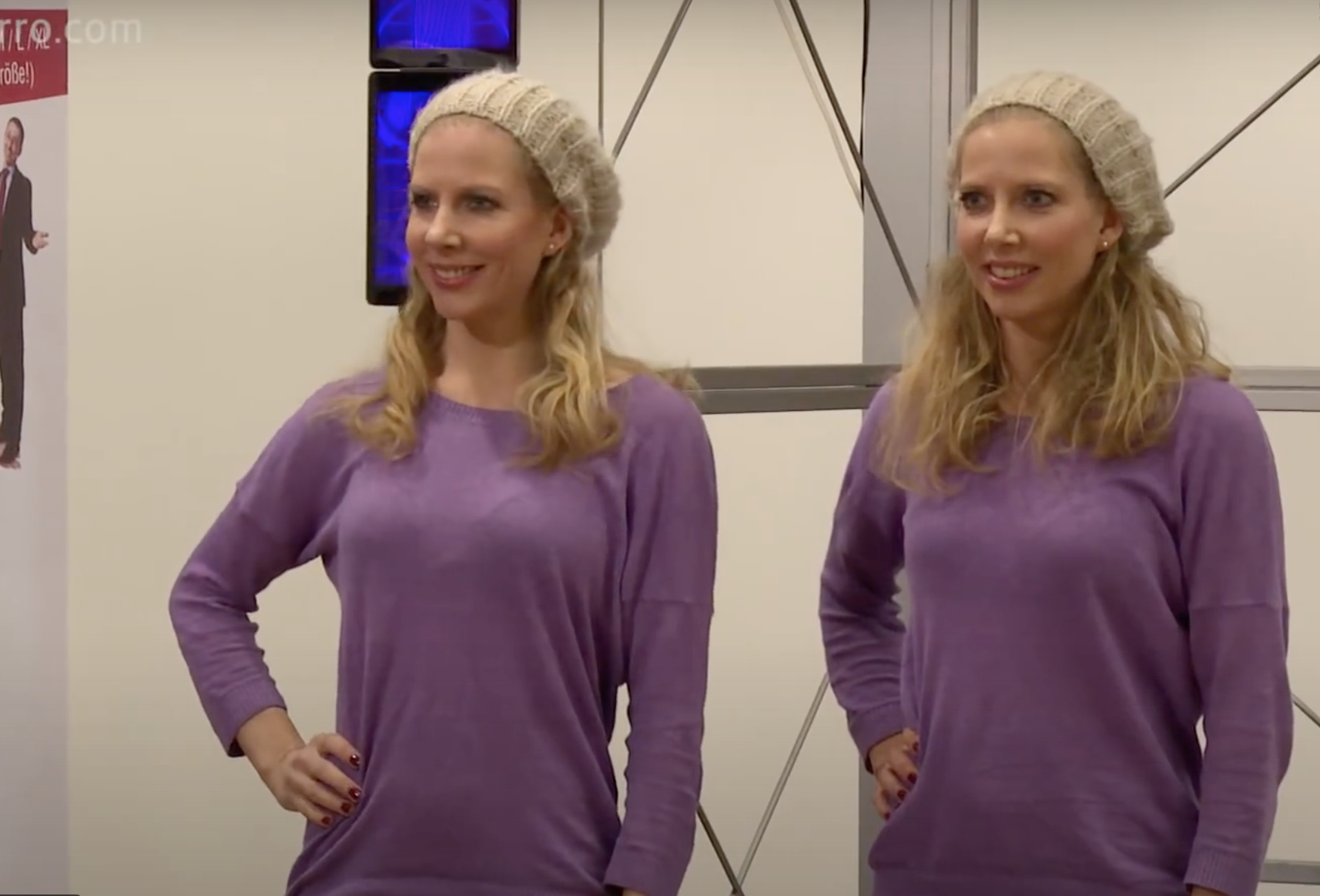 Twins in magic – cliché or the key to the secret?

Simon Pierro’s iPad magic is known all over the world. But before becoming the digital magician, using screens, projections, smartwatches and 3D printers for his innovative performances he actually did what could be considered more along the lines of ‚classic magic‘. He made cars disappear, made his female assistants levitate through the air and cut them in half.

My name is Olivia Valerie and I was Simon’s first assistant about ten years ago.
He made me disappear at one place on stage and re-appear at the other side of the room. People would always ask me one thing: How is it done? Do you have a twin or even a clone?
Well, the answer is no. Actually I never saw Simon Pierro use twins as a secret method. And by the way, before you ask: yes Simon Pierro is his real name – he has French ancestors, but he was born and raised in Germany close to the French border.

Does that mean that twins play no role in magic? No, not at all. Below I wanted to share some stories with you where twins are being used…

An existing cliché often comes from the influence of movies like the fabulous ‚Prestige‘ from director Christopher Nolan starring Christian Bale and Hugh Jackman.
While one storyline is science-fiction where the magician manages to clone himself every single day before killing his counterpart the storyline of Bale’s magician is based on the idea of having a twin which is his best-kept secret. When he accidentally cuts his finger the logical step is that his hidden twin brother has to do the same to his hand to keep up the facade.
It must be exhausting to hide your twin brother… So why not just perform together on stage?

Well, this is another option indeed. All around the world you see twins performing in magic, comedy and circus acts.
A few examples are “Doble ManDoble”, the “French Twins” or “Dúo Magic Twins”

When I said Simon doesn’t use twins as a secret method that didn’t mean that he isn’t using them at all.
In one of his latest TV appearances he put his iPad away for a change and went back to grand illusions. Of course he still focussed on technology in this performance. He presented the world’s first 3D printer illusion in which he seemingly printed a girl layer by layer until she walked out of the printer. Shortly after he printed the same person again. Well, you guess it. The twin sister! The result was an hilarious prank with millions of views on his YouTube channel.

When you find yourself on the first page of a newspaper but it’s not actually you:

And this is my favorite story: a few years ago Simon performed on the show Yetenek Sizsiniz Türkiyeas which is Turkey’s equivalent to „America’s Got Talent“ or the French version „La France a un incroyable talent“.
The day after his overly successful appearance on the show Simon found himself in a wedding suit next to the jury member in her white dress reading something about an upcoming wedding.
So does Simon have a twin? Obviously not, this story was created by gossip and the magic of Photoshop.