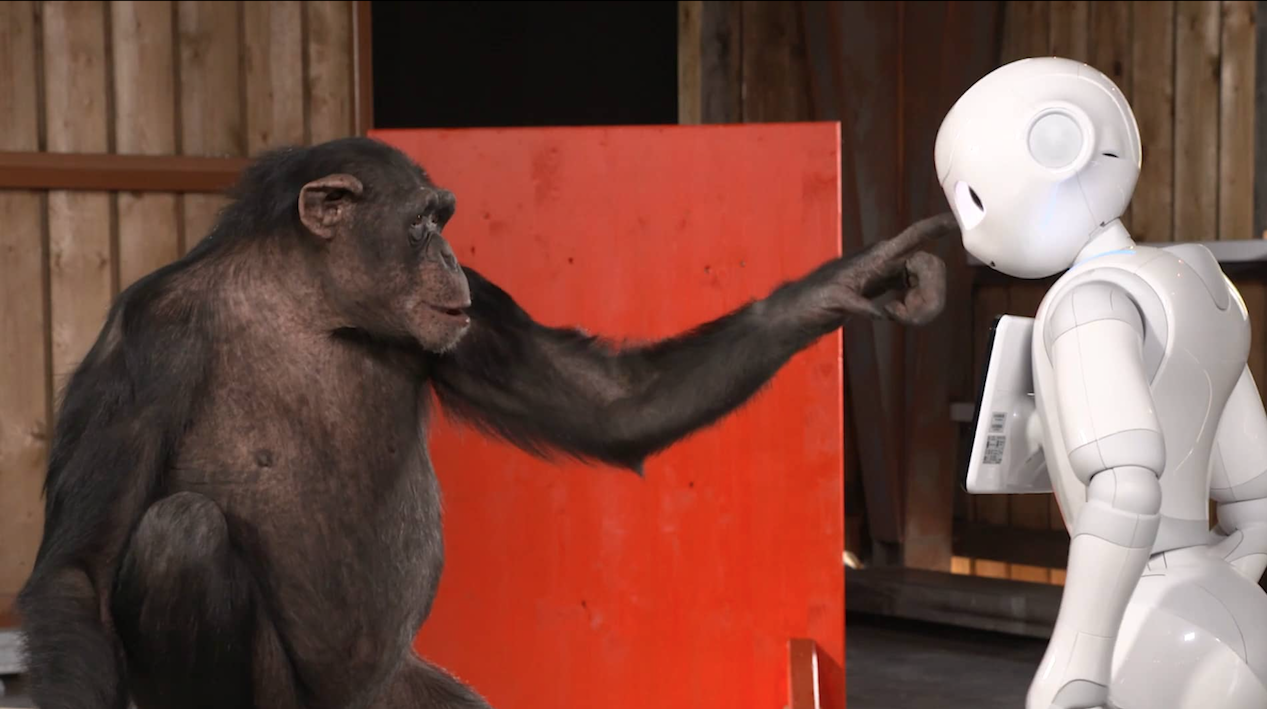 While the world is discussing the prospective relationship of humans and machines, only few of us have given thought to the coexistence of chimpanzees and robots.

But not to worry, I gladly took on that challenge and it turned out to be an exiting one.
First things first, neither a chimpanzee, nor a robot or myself were harmed in this experiment.

Here is the result:

This video was shot at Schwabenpark, Germany at the end of January.
Since their amusement park was on a winter break, we were able to use their go-cart track as our shooting location.

Four years ago, I already had the pleasure to shoot with the lovely chimpanzees Mona and Jenny and the finished clip got over 12 million clicks on YouTube.
The rapper 50Cent even shared the video on his Facebook page.

But what’s the best way to prepare for a shoot like this?

Science has shown us that humans and chimpanzees share 99% of their DNA, with the brain most notably showing the least difference in genes.
So it’s no surprise that chimpanzees would be excited by everything we humans are as well: food, drinks and illuminated tablet-screens aka campfires 4.0.

Camera and editing was done by Martin Czernik. The concept was created by Christoph Wilke and myself.
Special thanks go out to the lovely family Hudelmaier, who so generously allowed us to shoot on their premises and helped us with the preparation.
And last but not least: my friends and favorite chimpanzees, Jenny and Mona!